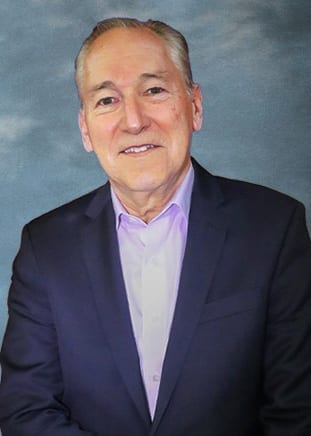 “No one is useless in this world who lightens the burdens of another.”

A 56-year-old woman who had a pterygium-like growth involving her conjunctiva and cornea sees an ophthalmologist for the first time in her life. The clinical-pathological diagnosis was carcinoma-in-situ of the conjunctiva. She is treated surgically and medically and remains free of disease for the last five years. I could tell you so many stories exactly like this patient who was seen for the first time in the oncology clinic in the region of Amazonas, Brazil by Rubens Belfort Jr. and his team.

This is particularly inspirational to all of us at the PAAO due to the fact that the Champalimaud vision award 2019 recognized three institutions that have worked hard to bring vision to thousands of people in the last decades. This award, the world’s largest award in the field of vision, 1 million euros, was given to the unique work of three Brazilian institutions in the fight against blindness. The Instituto da Visao – IPEPO, the Altino Ventura Foundation & the UNICAMP Ophthalmology Service. They work from the Amazons to rural areas of Brazil and other urban centers helping patients without access to healthcare.

From large cities to the most remote indigenous communities in Amazonia, these institutions have fought a daily relentless war, for life, light and human dignity. It is particularly meaningful to the PAAO, the fact that Dr. Rubens Belfort Jr. (Past President of the PAAO) and Dr. Marcelo Ventura (a PAAO very active member), as well as Dr. Carlos Arieta (another PAAO active member) are the leaders of these three Brazilian institutions.

In the case of the Instituto da Visao – IPEPO a full range of ophthalmological services has been provided from cataract surgery, free glasses, and ocular oncology which is a tertiary eye care project to over 2 million people from the metropolitan area of the city of Sao Paulo up to the Amazon. Having Rubens Belfort Jr., as the visionary leader, the members of the Instituto da Visao – IPEPO are using sophisticated technology and methodology including telemedicine to achieve their goals. The Altino Ventura Foundation, based in Pernambuco in Northeast Brazil is working throughout the region to eliminate blindness and rehabilitate the visually impaired.  The university-based UNICAMP Ophthalmology Service initiated the first cataract-free-zone project in Latin America which constitute a public health-based approach to the treatment and prevention of blindness.

Rubens Belfort Jr., Marcelo Ventura & Carlos Arieta are role models for all PAAO members and the only way we can demonstrate our admiration and respect for them is to follow their lead. Let’s, as the PAAO, prove once again that we cared for all patients, we continue to care and we will do so as the commitment of our lives as physicians and Ophthalmologists.