On February 25, 2020, Dr. Juan Verdaguer Tarradella passed away following a long illness.  Below are a few memories from some who had served with him. If you would like to share a memory, please leave a comment at the bottom of this page.
Click here to view the memorial bulletin from the Chilean Society of Ophthalmology. 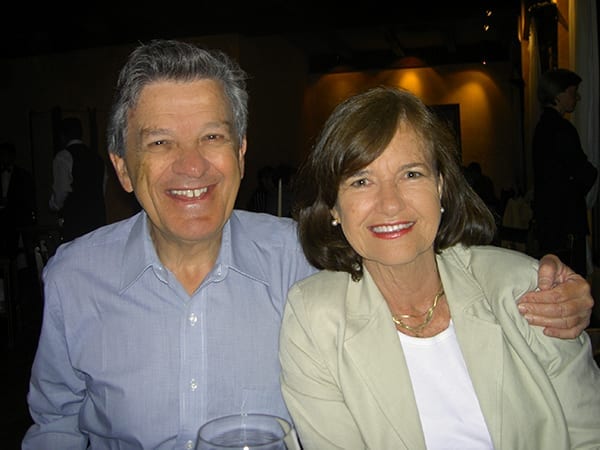 Dr. Verdaguer and his wife Martina

In Memory of Dr. Verdaguer

Ophthalmology and Ophthalmologists around the world, in particular, the members of PAAO are saddened by the passing of our beloved, Dr. Juan Verdaguer.  A leader, a teacher, a kind and gentle individual who mentored and taught so many. Admired and respected by his patients and their families and everyone who had the pleasure to interact with him.

Personally, I met Juan Verdaguer for the first time during Dr. Lorenz Zimmerman’s seminar many years ago in Brazil. At that time and throughout his career, he was very enthusiastic about Ocular Pathology and was instrumental to establish and to bring the PAAO Ocular Pathology Society to South America. He influenced many of us, in particular Dr. Hernan Valenzuela, who became a very prominent Ocular Pathologist in Chile.

Finally, our hearts and prayers go out to his family, including the new generation of Verdaguers in Ophthalmology.

Dr. Verdaguer was a friend and a role model that inspired generations of leaders of the Pan-American! He was a true gentleman and a very generous man! He will be greatly missed.

Juan Verdaguer was a just and fair man. A great professor, tireless in his academic work, he was always present in national and international forums. He occupied all the posts of the PAAO until he became President and was also Treasurer of the Academia Ophthalmologica Internationalis. Above all, he was very dedicated to his thousands of patients and hundreds of students. A dear friend, a great person who guided and accompanied us. He had no faults.

Dr. Verdaguer was truly a giant in our field and one of the most generous and kind individuals you could ever meet.  His legacy at the PAAO will live on forever.  We will all miss him. 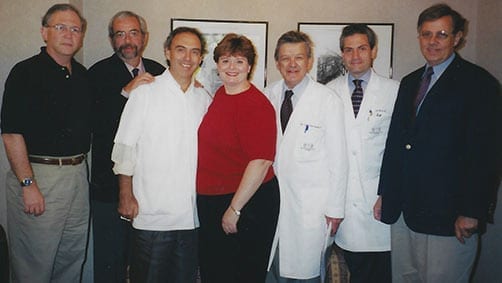 We all will miss Dr. Verdaguer. He was a great ophthalmologist and a leader in the PAAO. 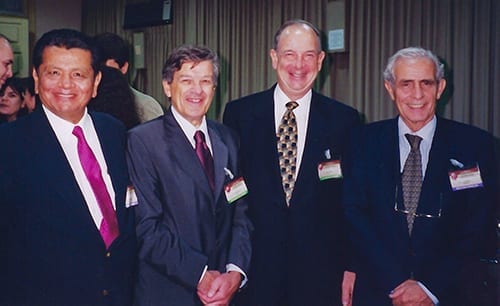 Juan started in ophthalmology as Juanito because his father was Professor Verdaguer. He followed his steps, became a top leader in medicine and left with us a fourth-generation Verdaguer of excellence in Ophthalmology. A gentleman and a dear friend.  Will always be missed.

He was a special friend and colleague to so many and a legend in his own time.

Dr. Verdaguer is a great example for the generations of ophthalmologists, especially in Latin America for his humility, leadership, and commitment.

Dr. Verdaguer was a great person, a conspicuous gentleman, a real master, an outstanding leader, and a firm, loyal and beloved friend…he will be greatly missed.

Dr. Verdaguer was one of the greatest teachers of Pan-American medicine and ophthalmology.  A very complete and generous person, he is responsible for the formation of generations of ophthalmologists. He will always be an example for us Pan-Americans. Thank you for your legacy, dear Professor Dr. Juan Verdaguer Tarradella. 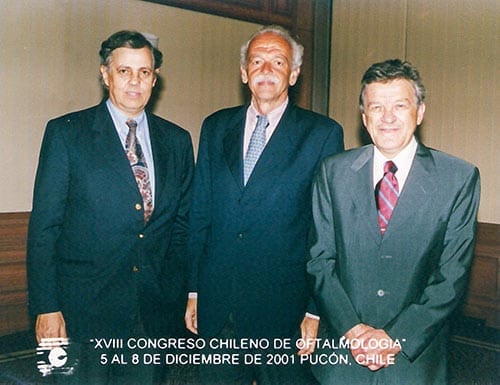 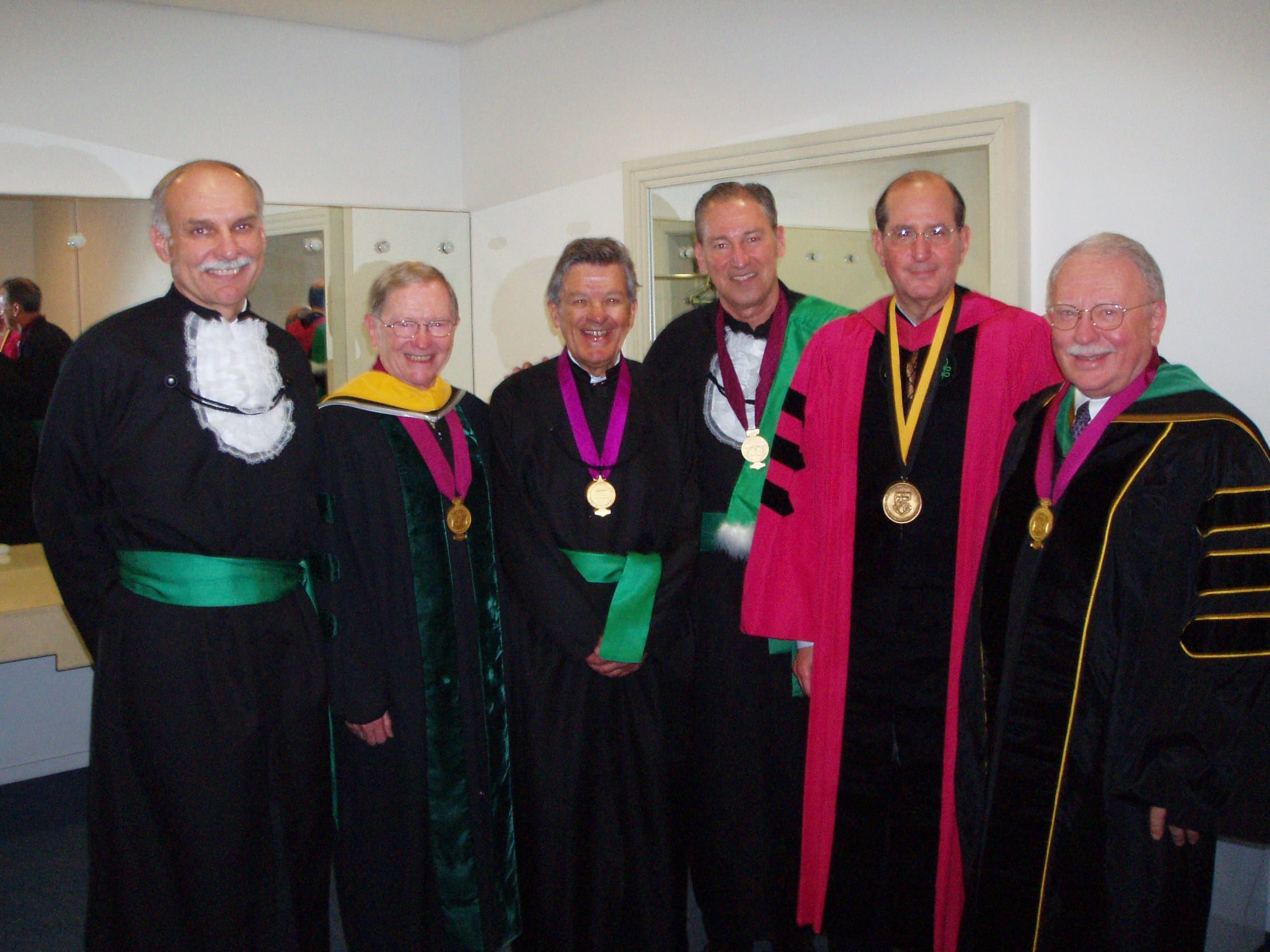 Dr. Verdaguer was a giant in the Pan-American community and in the world.  A quiet but strong leader, he was generous with his time and resources and was one of the great pillars that helped build the Pan-American to the organization that we know today.

Professor Juan Verdaguer Tarradella rests in peace, together with the great ophthalmological leaders of the world; we will miss you a lot, all of us who loved and appreciated you, but we are only grateful to have had the opportunity to meet you and to have you as a Professor and friend.  Professor Juan Verdaguer Tarradella had the gift of teaching, humility, kindness, chivalry, and was rewarded in life with a beautiful family, led by his wife Martina, tireless companion of all his projects and journeys through the world, and with an immense number of colleagues, students, friends, who felt for him a great admiration and respect.

Dr. Verdaguer always will be remembered for his Pan-American spirit and all his generosity.

Without any doubt, Dr. Verdaguer was an outstanding mentor and a great motivator, and in particular,  he was a great pillar of our Education for Emerging Nations Committee.

Dr. Verdaguer was one of the first people I met at the 1985 AAO Annual Meeting in San Francisco when I began working for the Pan-American.  He was a wonderful mentor.  It was a privilege to have served under him as PAAO President. 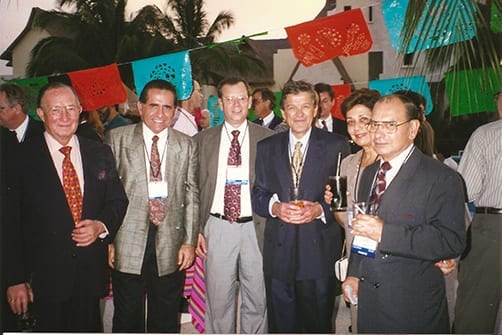 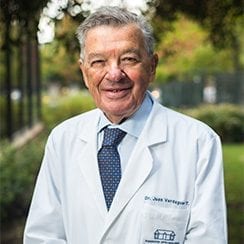 Read his obituary
on the Chilean Society of Ophthalmology’s website

He studied Medicine at the University of Chile, where he received the award for the best student of his promotion (1958). He then studied specialization in the Ophthalmology Service of the J.J. Aguirre Clinical Hospital, under the direction of Professor Juan Verdaguer Planas, his father. He did postgraduate studies at Harvard and Columbia Universities in the United States (1962–1963).

He received several international medals and gave numerous honor conferences in several countries. He received the 2014 National Prize for Medicine and was the Guest of Honor at the XXXIII Pan-American Congress of Ophthalmology (Lima). He was the author of more than 200 papers published in national and international journals and books on retinal diseases, eye oncology, and blindness prevention.