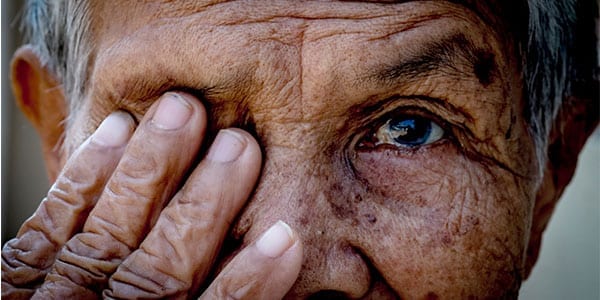 FOR THE GENERAL OPHTHALMOLOGIST

Glaucoma is the second cause of global blindness after cataract, with irreversible loss, unlike cataract, which is recoverable. The most frequent types of this disease are open-angle glaucoma, the most common in Latin America, and angle-closure glaucoma. The risk of blindness depends on several factors such as the level of intraocular pressure, family history of glaucoma, age of onset, severity and rapidity in the progression of the condition and timely treatment. Primary open angle glaucoma is a chronic and progressive disease, so we must ensure early diagnosis, integrating ophthalmology programs from the primary level to ensure detection, looking for the population with risk factors to perform tests that discard or confirm This condition improves patient access and considering that a massive screening is not recommended. Confirmed the suspicion, it should be derived in a timely manner at a secondary or tertiary level to confirm the diagnosis, ensure proper management and periodic controls of moderate or advanced cases or those of rapid progression, educating the patient in the need to adhere to its treatment for being an asymptomatic disease as well as orienting it in its rehabilitation in services of low vision in case of a visual deficiency.

The objective of this guide is to show the panorama of Glaucoma in Latin America, whose prevalence has increased as the life expectancy of the population has increased, as well as providing guidance in diagnosis and management to the general ophthalmologist and healthcare professionals. Strategies to ensure early diagnosis in the population with risk factors at the primary care level should be improved by classifying the high or low risk glaucoma suspect by establishing a follow-up of high-risk patients and ensuring acceptable management accepted by the community, to prevent blindness due to glaucoma without forgetting the patient’s education.

To help in the fight against blindness by Glaucoma, this guide was made and is an effort dedicated to the general ophthalmologist that aims to provide a global vision of management, especially aimed at the most vulnerable population. By reviewing this guide you will find the basics of primary care in a patient with suspected or glaucoma and establish the necessary strategies for its follow-up and control, as well as a timely referral, always with the aim of avoiding blindness.

BASIC CONCEPTS:
– Glaucoma is an optic neuropathy with progressive loss of ganglion cells that produces irreversible damage.
– Primary Open Angle Glaucoma is a “silent thief” of vision considering that it is asymptomatic even in advanced stages.
– It is the world’s leading cause of irreversible blindness and its prevalence increases with age.
– The increase in Intraocular Pressure is the main risk factor, but not the only factor that is related to glaucoma.
– To prevent visual deficiency and blindness associated with glaucoma we must perform strategies for early detection and perform an adequate management of cases especially those with a rapid progression range
– Although this guide is a recommendation for Open Angle Glaucoma, we should always rule out cases of narrow occludable angles, since they are a group with a high blocking potential and blindness due to glaucoma.